The Wedding of Karen and Marcus in Hove

Karen got ready at home, surrounded by bridesmaids and various helpers, all looked over by a very friendly and slightly bemused best cat:

Although the forecast had not been too good initially, the weather was absolutely outstanding, probably one of the hottest days of the year so far. The ceremony took place at St Michael and all Angels Church in Southwick which it was great to get into as it had become stiflingly hot outside. We then went on to Easthill Park in Portslade for some quick photo's in the gardens and a chance for Karen and Marcus to have a bit of time together before the reception.

The reception was held at the Imperial Hotel in Hove which is right on the seafront. Although the Imperial is a fairly small venue, the staff were very friendly and efficient and the food looked great.

With the weather being so fantastic it was an ideal opportunity to go down onto the beach to get a few photographs as the sun went down while the hotel was being set up for the rest of the evening's entertainment.

In the end Karen and Marcus could not have had better weather for their wedding day, everyone had a brilliant time and we managed to get some fantastic photo's as the sun went down, something of a rarity in England!

www.mickhouse.co.uk
01323 639404
Wedding Photographers in Brighton and Hove
Posted by Mick House at 20:19 No comments: Links to this post

Following my previous blog article about the Fabulous in High Heels classes, Sarah Toner invited Nina and I up to Earls Court a couple of weekends ago to help out on her stand at the Ten Years Younger exhibition. I was asked to photograph one of Nina's shoes, produce a promo card from it and churn out 500 copies with about 30 seconds notice: 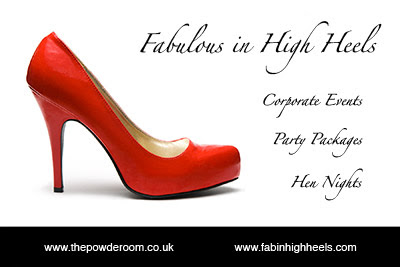 In the end we could only make it on the Saturday due to other commitments. Sarah arrived late as her PR guru, Jasinta Gordon, had managed to get her an interview with Vanessa Feltz. She then managed to interviews with Sky TV and LA Muscle TV during the day as well!

In the afternoon Sarah gave a demonstration of one of her classes and as we had spent the day whipping people up into a frenzy of excitement the audience were packed in like sardines, even the organisers were amazed at the crowd that turned up.

All in all it was a great day and a lot of fun. The only downside was that I had to wear a badge that said "Mick House - Fabulous in High Heels". Somehow I doubt it.

A couple of weeks ago Nina and I received an invitation to the Trafalgar Tavern in Greenwich for a taster evening. The evening had been organised by Ruthe Wainman of Marshmallow Media and she had tempted along some of the top names in the wedding industry such as Abigail Sullivan, editor at Wedding Venues and Services magazine, Jane Gillow from You and Your Wedding and number of wedding and event planners like Sharon Taylor and Abdul Momin from Purrfect Event and obviously Nina from Nina House Weddings. Ruthe met us at Waterloo Pier and took us on a river trip along the Thames to the venue at Greenwich.

With such a nautical name and location my (somewhat overactive) imagination had run a bit wild and I was hoping the Trafalgar Tavern would be populated with the sort of grizzled old rum swilling sea dogs that wear eye-patches, have hooks and wooden legs and sport the sort of beard that could hide a small badger. I was to be disappointed on this, it seems that Greenwich is more trendy than I realised and the Trafalgar Tavern in particular is rather up-market.

The lack of Johnny Depp lookalikes was more than made up for by the venue itself, which is very elegant, tastefully decorated and has huge north facing picture windows giving magnificent views over the Thames - ideal for wedding photo's.

We were treated to samples from their latest menu which consists of delights such as Tiger Prawn Skewers, Asparagus Spears with Basil Cream, Smoked Haddock and Quails Egg Tartlets, Salmon Confit, Italian Stuffed Aubergine... it just seemed to go on and on, all of it delicious. The wine list was one of the best I have come across and a lot of thought (and tasting) had gone into it. Sadly I couldn't indulge too much as I still had to drive home.

We had a fantastic evening with some great company and were sent back feeling exceedingly well looked after. If you are looking for a wedding venue in London and (even better) feel like combing it with a river trip, the Trafalgar Tavern is definitely one to take a serious look at and you can find more information on their website.